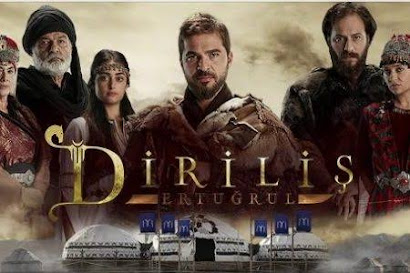 The drama series Dirilis Ertugrul on the life of Ertugrul Ghazi is an outstanding drama in the history of all drama industry. It’s such a life changing drama.. The way they portrait the history of Muslims is amazing. How Muslims fight for their rights with the Non-Muslims just to save the identity of Islam and to spread the message of Islam.

They explain the history of Islam in a very outstanding manner and which can not be explained by anyone this beautifully. It leaves the impact on the life of each and everyone.

The characters of the drama is fabulous. Every character has it’s own impact and personality which linked them with the real heroes of this story.

The hero in this series is Engin Altan Düzyatan who is playing as the lead character of the drama i.e. Ertugrul Ghazi. Engin is the best hero of all the series ever. The main reason behind the popularity of this drama is Engin because he played his role so amazingly. His personality, his looks, dialogue delivery is out of the world and his attitude is so brilliant. 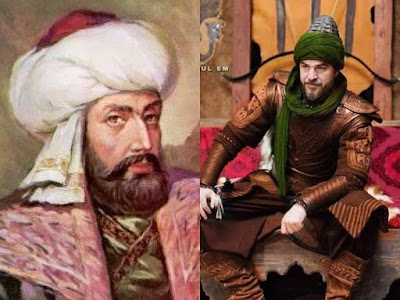 His co-star Esra Bilgiç who played the role of Haleema Sultan, wife of Ertugrul Ghazi is also a very beautiful and fabulous personality in and out. Her looks, innocence is amazing which portrays the exact Haleema Sultan of the history. The dialogues between Haleema and Ertugrul is superb 👌 They way they care for each other, the way they look each other is just WOW. Their chemistry is amazing.

No one can play Haleema and Ertugrul role better than Engin and Esra.

The father of Ertugrul is the other main character of this series i.e. Suleyman Shah. This character in series played Serdar Gökhan. He had a Casanova personality which suits best on this character. His attitude, his voice is so brilliant, the style of
his dialogue delivery is wonderful.

The outfits which was used in this series is so unique and extravagant with simplicity’s which shows the Islamic Dress Code in a very well mannered. It promotes the Islamic culture and rituals in a beautiful and in a clear way.

It defines the Holy Prophet’s life and Sunnah in a so alluring manner. It defines each and every aspect of his life and all his teachings so comprehensibly through which anyone can easily learn the ethics and code of conduct of life and how to live in a society. 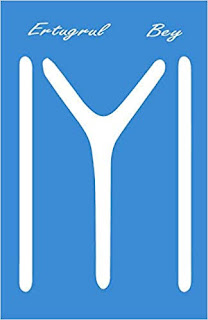 This series has 5 seasons . All seasons have it’s own unique style and story. The looks of the characters also changed lightly in every season.
I watched all the seasons of Ertugrul Ghazi and I can say that the each and every season is different from other. The wars in every season is more aggressive than other. The enemies becomes more evil, the passion of Kayi Tribe becomes more stronger to spread Islam in the whole world and this is truly out of the world.

Due to this drama so many non-Muslims concerted to Muslims by accepting Islam and it’s just become possible due to the portray and making of this series.

Worlds best drama with outstanding story line with best actors of the world. We should appreciate this drama.. It’s totally Superb and Wow!!

It leaves the amazing and heart touching impact on each and everyone worldwide whether they are Muslim or not but still just because of it’s storyline, production, direction, script and picturization and most important the acting and the dialogue delivery by those actors and actresses is outclass and so trounce.

After watching Ertugrul so many non-Muslims from the world converted their religion and entered in the circle of Islam by getting inspired from Ertugrul Ghazi and his struggles for Islam. 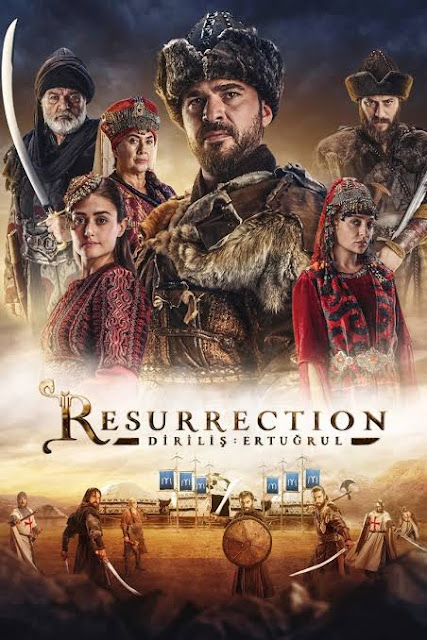 Get Rid From Bizarre Life in Covid-19

Today, the amalgam of isolation and monotony is a hotbed for lot of drastic behavioral, social, psychological and emotional challenges including the threat of monotony, the daily proliferation in this menace creating a disastrous effects on one’s health whether he got infected with Corona or not.

This pandemic makes life so bizarre of all and sundry in the whole world and creating diverse impacts on the people of different ages. Each and  exploring the ways to curtail this bizarre life.

Now it’s time to accept the fact that this situation is not going to end as soon as we had hoped. In so many places, people are in the self-isolation at home with the probability that they could be stuck there for months more.


Why Life Become This Much Bizarre?

Ordinarily, we all are propped up by our same daily sequence of actions. We sprint to the office at 9:00, sending kids to school and then coping up the house chores but in quarantine, entire routine changed and there are no activities left, no plans are going to work out for weekends. In quarantine, we may realize that we are actually not that brilliant at planning what to do.

Isolation turned the table of whole world as it didn’t left the difference between weekdays and weekends due to which life becomes extremely bizarre, monotone and stagnant.

People want to break the monotony and trying hard to survive through this bizarre life caused by the Covid-19, but still the  threat of boredom lurks, appearing most frequently when a book or mobile phone can no longer hold the attention or an individual becomes so much exhausted from TV or media as well.


The outcomes of boredom are not of little value, it leads towards so many other problems, issues and hopelessness.

According to Psychologists, the monotony is linked with the development of harmful habits such as addictions or abusive activities. In this period the Corona is not only the peril to human life but the individuals who are bored are also at intensified risk of developing depression and anxiety.

Tips For Combating The Monotony During Isolation

No one wants to be lifeless and tedious, but it’s almost inescapable during this time of social distancing and self-isolation because stress levels are too high and whole situation becomes alarming and life threatening. The best way to keep ourselves calm is to accept the changes and learn to let it go and have patience. Each and everyone becomes exhausted from this isolated routine and their bizarre life. To survive through this monotony and bizarre life, we should take this self-isolation as a moment for self-evolution and renewal of ourselves. It doesn't mean that you hurl out all house rules, just focus on finding ways to fortify positive behaviors while battling with Corona Virus.


Consider lockdown period or quarantine as an opportunity and use it for your self-assessment. Take that time, focus on your abilities and explore your inner self. A period of change allowed us to reflect on our goals and values which spark back our lives.
Keep your brain and body healthy by doing exercise in this bizarre life and track that how regular exercise makes you feel so fresh, strong and positive once again. It will boost your immune system as well which is an essential need to fight with Covid-19. Engage your kids in your work outs and motivate them to do the same and make exercise as the habit in their daily routine.
“Do It Yourself” is the creative method to design different  types of unique and useful things by the help of your own new ideas, with less materials yourself instead of handing over others people or professionals to do it for you. Parents and kids can design, build, repair and innovate so many things with a simple tricks and materials. Some of those are: Transforming simple cartons into mosques or any type of design, making of glittery slime by kids, home decorating items, so many art and craft projects, growing your own vegetables or new ways of decorating garden through plants and any kind of bottles.
In this tough time of self-isolation due to Covid-19 everyone become exhausted due to absence of social interaction because it is naturally proved that the humans are social animal and we can’t move in the society without social gatherings and interaction.  But in this situation no one is able to arrange social gatherings so the best tip to hangout with the close friends and family members is through making a video call to them by using different video calling apps.
In a corner of your house build a gaming or activity zone for your kids where they can do easily whatevert they want to do, because this time is also difficult for kids as well. They become so much exhausted as well due to closure of school and no proper routine or activities. Give them your time and create new activities or gaming ideas and play with them too to make their time enjoyable and to make them feel good.
Don’t worry ladies, if salons are closed. You can still pamper yourself by giving yourself the gift of self-care. Give yourself the same care and attention that you give to others and watch yourself bloom.
Make yourself comfortable and fresh by taking hot bath, by doing those activities which you love to do and enjoy some ME time to make yourself relax.
To keep ourselves positive during this lockdown is tough. We don't know how much time this pandemic will take to be finished. It's keep on changing the dynamics of the whole world. Everyone is in stress and tension. I advise you to put your trust in God. Look at those who are below you and say thanks to God for every bounties you have in this lockdown. Think about the blessings you have and keep yourself positive with the hope that the Corona pandemic will end soon!

GAP-End of Season Sale 50%OFF 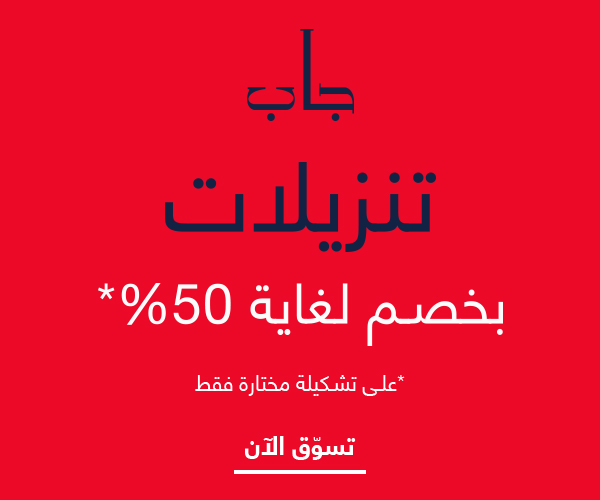